Seemed to not be as vibrant as some of the other past strolls were though. Sure, there were lots of people milling about, but it didn’t seem as well lit and as festive as we had become somewhat used to.

I remember Santa and his reindeer camped out in the D.A. Davidson parking lot complete with all of the straw bails and lights with the children all lined up expecting to meet him. The ski jump, the street bands and dancing. 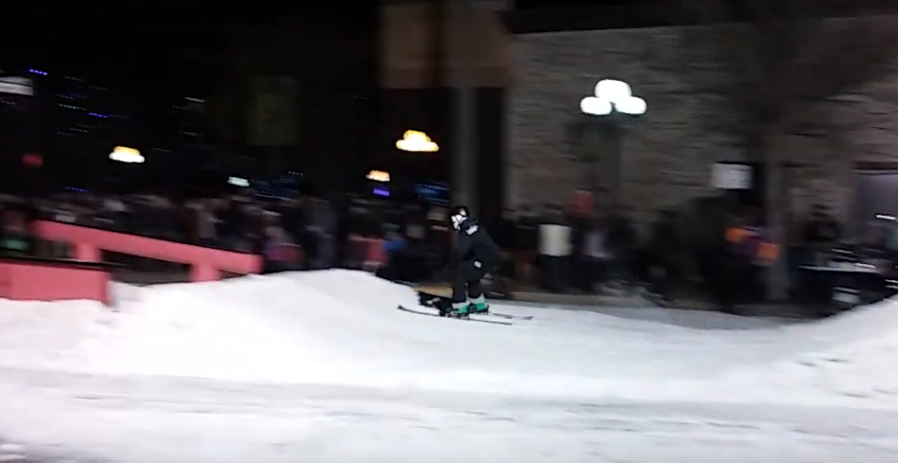 Just a few years ago we had stopped in at the now closed JJ’s for hot chocolate, and hanging out outside of the In Cahoots for Tea, which, incidentally, was closed as well.
The Army Surplus store was always seemingly a big hit too, but it’s closed down. The downtown antique mall is also closed down.

The only place that was selling hot chocolate was Tracy’s. Tracy’s had a wait time of 45 minutes, and it took another 35 minutes to get our food. We nearly could have spent the entire stroll period at Tracy’s. Can’t blame Tracy’s though, because if there had been more places opened that served actual food, Tracy’s wouldn’t have been so busy.

We didn’t stop in at Dragonfly Dry Goods because we don’t actually live in …. Seattle.
The Yellow Submarine truck was parked at the intersection outside of Tracy’s playing, of all things, Beatles music — No Christmas music … just Beatles. It wasn’t even lit up — It just sat parked in the dark, playing the Beatles

A band played on the lower level of the Times Square, and it seemed there were more small vendors on the street level. The elevators there always seem to be quite a draw with the younger folks. 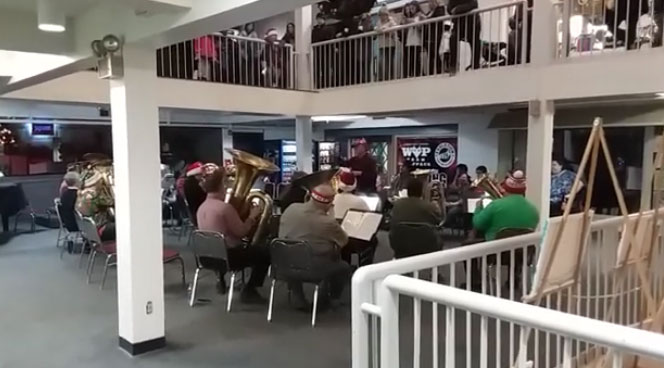 The only real exciting part was the annual polar plunge. The rest were just maybe 4, maybe 5 food vendors. The Parade of Lights was much more crowded and well attended this year it seems – um … and more stores were open. 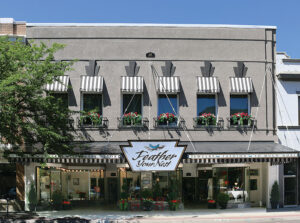 We didn’t need tattoos and we didn’t have the desire to rent board games or enroll in online college, so we settled on Tracy’s for food, and Feather Your Nest for gifts.
Could have probably spent more money if there had been stores open on Central that were more in touch with the community. We might have actually spent quite a bit more if going to the Bar was our thing, but we don’t feel the need for alcohol when we’re out being social. We just pretty much like to poke around and shop our interests as they might relate to our being functional and practical. 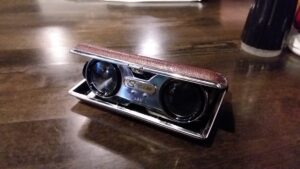 We did pick up a few things at Feather Your Nest however, Dustin got a really cool set of fold-up binoculars. He seems to have an eye for things that might be dated and old. We joke around sometimes about him growing up to own an antique store but never selling anything because it’s all a part of his collection.

I’m not quite sure why the Stroll was a bit off this year. It could be that the folks that used to put it on retired and a bunch of new folks came in to take their place. Could also be that downtown vendors just moved out or quit. It could be any number of reasons I suppose. I was mostly just disappointed that it didn’t have all of the panache that the Parade of Lights or the 4th of July Parade had.