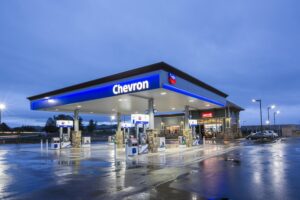 When Covid came around, our economy was just humming right along. The impact of Covid hammered the oil industry in 2020, forcing U.S. oil prices to go negative for the first time on record. In a matter of hours on April 20, the May 2020 contract futures price for West Texas Intermediate plummeted from $18 a barrel to around -$37 a barrel.

In an effort to not putting too fine of a point on this, I’d have to say that the oil companies, at this time, were all dressed up with no place to go.

Oil producers were faced with a glut of crude oil that left them scrambling to find space to store the oversupply. Brent crude oil prices also tumbled, closing at $9.12 a barrel on April 21, a far cry from the $70 a barrel that crude oil fetched at the beginning of the year.

The plunge of U.S. oil futures into negative territory was short-lived. But the collapse in demand was so fast and volatile that it led many people to question whether oil would be able to fully recover in 2021. By the summer of 2020, oil prices began to rebound as nations came out of the Covid lock-downs and OPEC agreed to major cuts in crude oil production. West Texas Intermediate crude finished 2020 at a price of $49 per barrel, while Brent crude finished the year at a price of $51 per barrel.

People claim that Trump was responsible for keeping the price at the pump so low (2019-2020), but really, the low prices were the result of the Saudi’s and the Russian’s having their little pissey-fits over just how much to either increase or decrease production. During their little squabbles, oil tanked totally (this is the point where you would’ve had to give me $37 for every barrel of oil I wanted)

Currently, the U.S. has 129 refineries in operation. Though we might be able to get our hands on vast amounts of oil, the ability to refine it and get it to market is limited, affecting the actual supply that is available for consumption. Purchasing oil from the Saudi’s won’t make much of a difference in lowering the price of gas at the pump, even at $120 a barrel, because our refining capacity is stretched pretty thin already. Even if we pumped our oil at home, the prices would remain inflated due to the same limits on our refining capacity as it relates to the current demand.

Jumping up and down blaming Trump or Biden for all of this is just political bullshit. Trump and Biden, at the end of the day, were just as tied to our free market economy as we are. Neither of them either in past or present capacity could do a single thing. Trying to supposedly help, either via Presidential or Congressional fiat, would only serve to muck up the natural order of our free market economy and continue the current pain for much, much longer. Besides, trying to fix all of this using socialist principles wouldn’t be too unlike putting transmission fluid into your crank case.

Demand for fuel is at an all time high, production is limited, so here goes the price through the proverbial roof. Our capacity to refine is at it’s limit. Yes boys and girls, oil production/refining is actually up. Refining rates currently are higher than when Trump was in office.

Because of the Russian/Ukraine war, the U.S. has stopped purchasing imported oil from Russia.(The U.S. had only imported about 12% of it’s domestic supply from Russia)

With keeping free market economy in mind here, I’ll now introduce you to the Federal Reserve.

To add insult to injury to what’s already going on in the oil industry, the U.S. Fed just happened to decide that it needed to print literally trillions of dollars out of thin air and it flooded the domestic economy with it.

Here we have the perfect storm of market economics paired with increased inflation.

Since we all live in a free market economy, we might do well to just STFU and roll with it.

If for some reason $7-$8 gas per gallon is untenable for you and your pocket book, you might consider actually electing people to office that know a thing or two about the free market economy. The very least we can do is to not be drawn in by all of the political bullshit from either side and look at all of this for what it really is.

Are the prices going up? Of course they are.

The best we can do in the short term is to hunker down and roll with it.

Top Secret may not be as secret as we think

New bills in the Montana Legislature

Biden Speech Derails “What am I Doing here?”