So far, or as far as I can tell, April in Montana has always been somewhat of a grab bag of weather conditions.

Sometimes it’s 70 degrees, and as many well worn and seasoned Montanans know, it can be anything but 70 degrees.
I’ve seen, along with many others, 15 degree days in April. 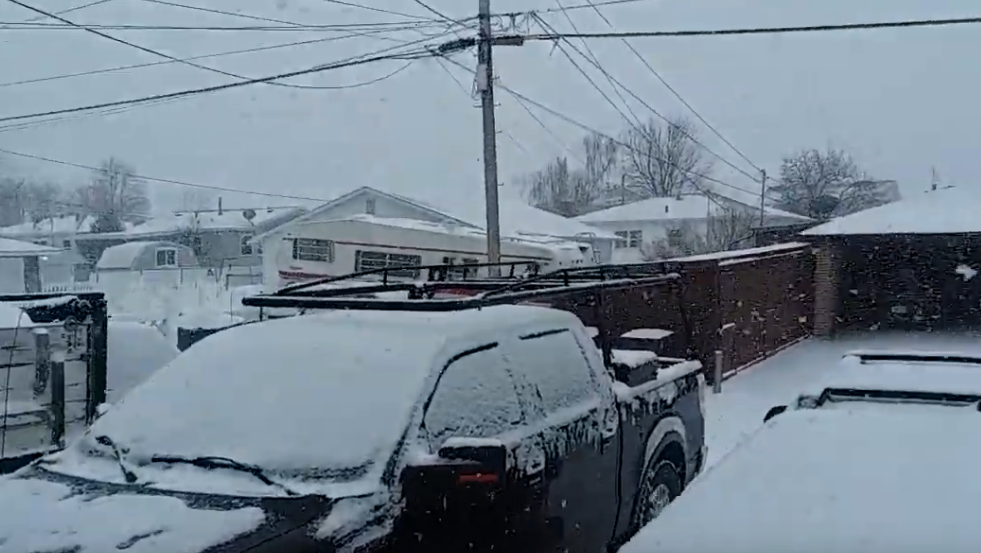 The video above is from last week.

Though the weather today was for the most part fairly pleasant, in the upper 30’s, there are still winter weather warnings posted for the eastern part of the state this afternoon, with roads still being shut from Hardin to the Wyoming boarder because of the snow drifting.

For the huge number of people moving here recently from the Covid police states of Washington, Oregon, and California, I’d like to say that the weather here in April is normal for it’s time of year in the state. We don’t harvest Rhubarb here in April.

Posted below are the actual weather conditions for today:

The image below is from today: