There’s a new blog in town, or at least, a new blog to me, called What The Funk.

I just discovered it this morning while I was reading The Flathead Memo by James Conner (an old favorite of mine).

Evidently What The Funk is sort of a counter to the E-City Beat, in that it appears to be a polar opposite in it’s thought, technique and writing style.

Opposing views in our fair community isn’t really anything new at all.

Though I’ve never protested anything … like ever, I don’t see a problem at all with protesting. Evidently, our dear friends over on the Democrat side had decided that protesting during the 4th of July parade was the thing to do, and they did it.

“… common sense and discernment are in very short supply with local Democrats.”

As sovereign individuals it’s important to remember that there are always going to be those who don’t necessarily share the same views.

Elected City officials need to represent the entire community — not just the parts of a community they like or otherwise happen to agree with. As a presumed City official, you don’t get to decide who might be lacking common sense and discernment as it might relate to your own personal world view.

The fact that nobody Boo’ed the so-called protest during the parade is telling.

The rhetoric that sometimes goes on between our local blogs would look a whole lot different if all of a sudden there was an ordinance against someone expressing their views during a parade.

I do Twitter … and short of this blog, Twitter is about the only cyber socializing I do.
I have a ton of left leaning friends over on the Twitters, and when I posted the video I took of the 4th of July protest during the parade (see below), it was met with just one like, and a comment to the effect of, “Thanks for posting this”. 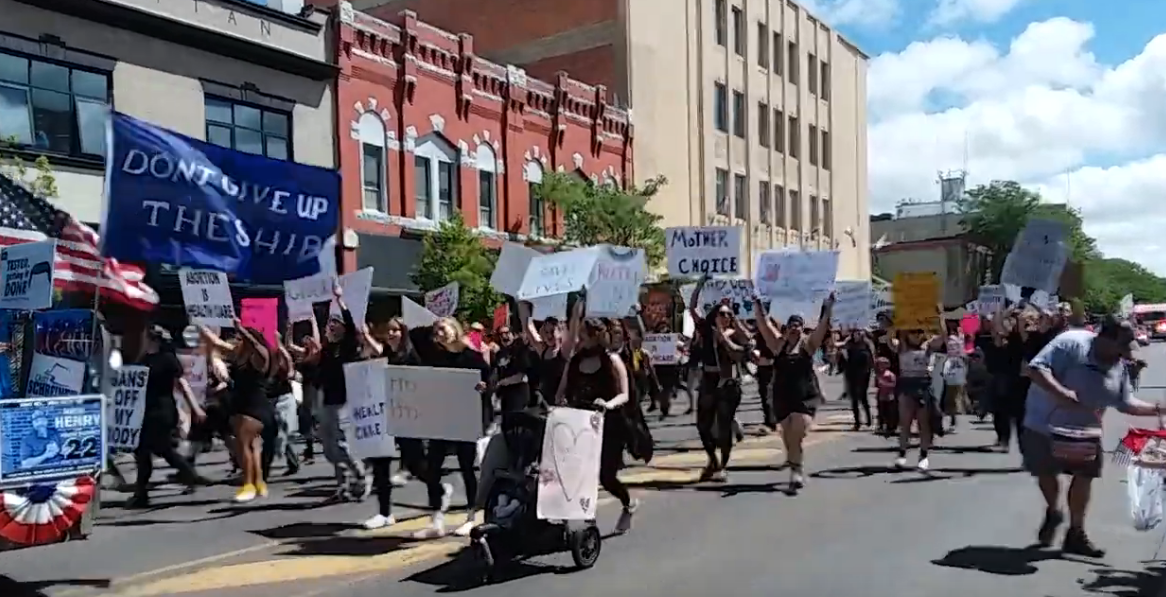 The video didn’t appear to be well received by my friends in Bozeman, Missoula, or the Flathead. Maybe they’ve got bigger fish to fry, I don’t know.

If you feel the need to protest, then knock yourself out. Nobody should be telling you when and where to protest. If you feel strongly enough about an issue, then just jump up and do it. I’ll sit on the sidelines and cheer the freedom you have to being able to vent your grievances in the public square.

So a protest happened at the parade. No biggy. Girls and women all dressed in “black” marching with signs, exercising their constitutional rights.

I was somewhat disappointed at the visuals though. The color black is all fine and well and all, but I somehow feel that dressing in everyday clothing would have probably gotten the message across much more effectively in that not all of our girls and women wear black when they visit the clinic.

I don’t have any particular view when it comes to Abortion other than to say that the government needs to get completely out of it. Right, wrong, or otherwise, there should be no laws or regulation either for or against it. Let the doctors and the women they treat handle it and call it a day.

Stop in and give these blogs a look when you get the chance.

You can catch up with Jasmine here: https://wtf406.com/

You can catch up with Rick here: https://ecitybeat.com/

Thanks for the read

Ride the trails with me over on the Twitters https://twitter.com/Cookies_Cowpies/ – It’ll be a blast