Any reputable grade school in the world teaches Charles Darwin’s “theory” of evolution as basic fact, yet a national poll in America has revealed that 42% of citizens are “not too” or “not at all” confident that the concept of evolution is real. 36% had serious doubts that the Earth is around 4.5 billion years old, despite numerous scientific tests that indicate this. Only 53% per cent of people were “extremely” or “very confident” that childhood vaccines are safe and effective, despite mountains and mountains of evidence that proves this.

A paltry 33% of Americans polled believe in human-induced climate change, even though the UN Intergovernmental Panel on Climate Change has made it as clear as possible that it is real, it is us, and it will have catastrophic effects on humanity as a whole unless drastic and immediate action is taken to combat it. Despite mass shootings in Colorado, Texas, Virginia, Las Vegas, ad infinitum, gun control still isn’t close to the number one issue that most Americans decide their vote on, and laws and regulations continue to be watered down instead of squeezed. In fact, Georgia now has a law that enables people to carry weapons in state and local buildings, airports, churches and bars, Florida has signed a bill banning local gun regulations, and at least 12 states have made it legal for people to carry guns in schools.

Dr. George Land recently informed an audience at TEDx Tucson of his findings regarding a NASA-level creativity test that was performed on school children. Land and Beth Jarman were the ones who developed the test, and it was designed to determine where creativity comes from, and if it is inherited or learned. In total, 1,600 children between the ages of 4 and 5 were tested. 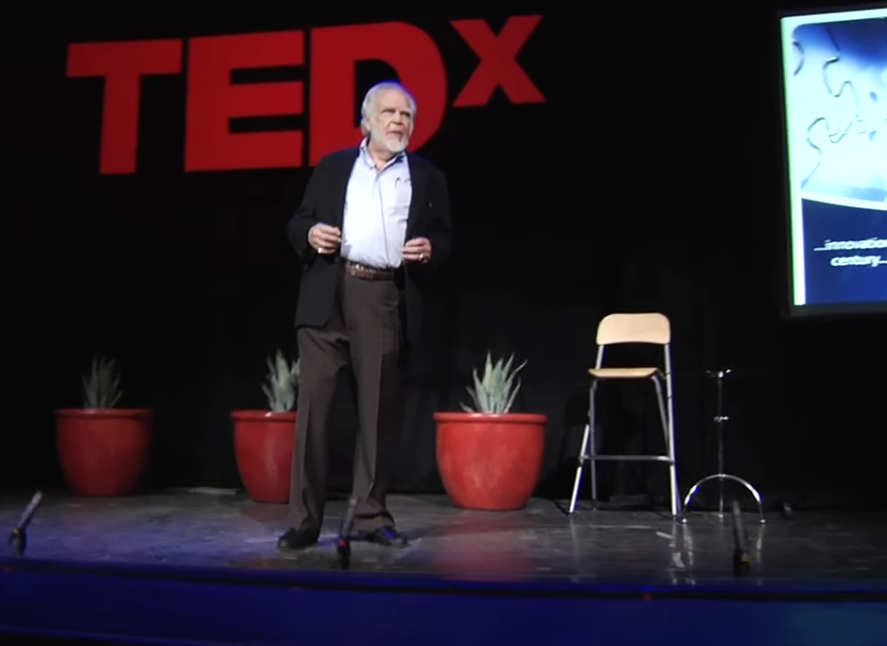 Dr. Nascimento, head scientist for the study cited above, explains that, “The reasoning for this is not too difficult to comprehend; school, as we plainly call it, is an institution that has historically been put in place to ultimately serve the wants of the ruling class, not the common people. In order for the so-called elite to maintain their lavish life styles of overt luxury—where they contribute the least but enjoy the most—they understand that children must be dumbed down and brainwashed to accept (And even serve) their rapacious system of artificial scarcity, unending exploitation, and incessant war.”

Dr. Land argues that, “actually looking inside the brain we find that neurons are fighting each other and actually diminishing the power of the brain because we’re constantly judging, criticizing, and censoring. If we operate under fear we use a smaller part of the brain, but when we use creative thinking the brain just lights up.”

In 1965 George Land, Ph.D. founded a research and consulting institute to study the enhancement of creative performance. This research ultimately led to the formulation of Transformation Theory-a theory of natural processes that integrates principles of creativity, growth, and change. From these principles, Dr. Land developed unique strategic thinking and innovation processes for organizations.

He invented the first computer-interactive approaches to group innovation, decision-making, and strategic thinking. His exceptional processes are now licensed by over 400 major corporations worldwide.

Dr. Land has also taught interdisciplinary science and creative/innovative process to the faculties of some three dozen universities. Among his articles and books is his seminal work Grow or Die: the Unifying Principle of Transformation. Originally published in 1973 by Random House, it was a main selection of the Saturday Review Book Club and was submitted Random House as its nominee in the science category for the Pulitzer Prize and National Book Award.

With Dr. Beth Jarman he co-authored Breakpoint Beyond: Mastering the Future – Today, published by HarperCollins in 1993 now also available in Spanish, Portuguese, Swedish and Korean.

Dr. Land has been elected a senior fellow of the University of Minnesota, a fellow of the New York Academy of Sciences for his outstanding contributions to science, and a colleague and fellow of the Creative Education Foundation. In 1989, Dr. Land received the Outstanding Creative Achievement Award from the Creative Education Foundation for his lifetime achievements in creativity. In 1995, the Innovative Thinking Network created the George Land World Class Innovator Award in honor of Dr. Land. His listings include Who’s Who in America and Who’s Who in the World. He passed away in March 2016, but his work on Transformation Theory and creativity will continue to impact the world for decades to come.