Recently I had the opportunity to look at a documentary about how it is believed that Noah’s ark might have been found on Mt Ararat.

According to the documentary, back in 1949 images were captured during a USAF aerial reconnaissance mission over the former Turkish and Soviet border during the Cold War. In the images, a strange object can be seen poking out of the ice, around 15,500ft up Mt Ararat.

Also, according to the documentary, the six images that were taken in 1949 were released under the Freedom of Information Act to University professor Porcher Taylor more than 50 years later.

Fair enough I suppose, as these kinds of stories kind of strikes a cord of sorts to the extremely uninformed masses, who, for the most part, might be fairly ignorant when it comes to ancient history. (Ancient Aliens comes to mind here)

The Roman Empire from start to finish lasted roughly 1480 years, give or take a day or two (includes the eastern empire). 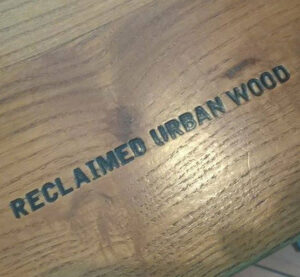 We can still see the ruins of the mighty empire scattered about Europe in various places like Rome for instance, and even Hadrian’s Wall in Britain.

During the course of and even after the complete fall of the Roman Empire, cut stone facades and road foundations were reclaimed for use in later structures … large wooden timbers were also reclaimed and used for other structures or for wood cooking and heat. The glory and glamour of all of Rome’s magnificence was recycled into other, less than stellar uses. Today, only about 10% of what once was Rome exists in it’s most recognizable forms.

The influence of direct Roman rule in the world ended roughly 600 years ago. We know quite a bit about Rome because people back in the day wrote everything down. Our own government is fashioned to reflect the rule of Rome even today, both in design and practice, as a result.

Now back to the Ark —

So the Lord called upon Noah, the only righteous man on the planet, to build an Ark. A certain extinction level event (ELE) was about to occur and God wanted to save Noah and his family from it.

So Noah builds this Ark, collects and secures multiple species of animals into it, and rides out the deluge.

When the flood waters subsided, Noah comes out of the Ark and the whole business of repopulating the planet again begins. Imagine the total devastation that Noah might have encountered upon after leaving the Ark. All that might have been familiar to him has been erased. 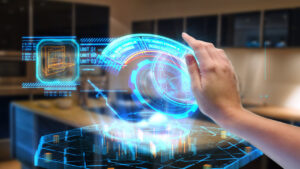 We don’t know what sort of technology might have existed before the flood. But we can be fairly certain that it might have been much more advanced than anything we might have today. I mean, messing around with the gene pool and cross referencing the gene sequence of the animals was probably a pretty big deal back then … probably one of the reasons why the Lord decided to wipe the slate clean (all flesh was corrupt).

Now imagine, if you will, a wooden structure, positioned tenuously on a cliff side, 442 feet by 74 feet by 44 feet. Maybe it’s broken in half, or maybe into 3 pieces on the account of it’s over all weight. 14 thousand feet into the air.

As a society, we all presume to know so much about everything. I mean, we all know about the rise and fall of the Roman Empire, so it would only stand to reason that we would know all about the Ark’s history too, right?

Anyone who might seriously believe in Christ, and reads the Bible on a daily basis, might notice that God is fairly light on providing info on the dates and times of these events happening. How long was Adam alive before he sinned? What year did the great flood occur? What date did Noah land in the “mountains of Ararat?”. Hasn’t anyone noticed that God is fairly quiet on various specifics for a reason? He only gives us the times for various certain things that might be relevant to our salvation or relevant to us learning about how He is.

Humans might be intelligent enough to being able to provide a “best guess” for a time table with regard to the flood but that’s about it. (most of the best guesses that humans make are just that … best guesses)

Remember, human nature is a constant. When Noah left the Ark, the planet was devastated. I’m pretty sure that all of the milled timbers contained in the Ark provided all of the material needed to build him and his family a nice little house down in the valley.

When God gave Noah instructions on how to build the Ark, it was to be covered, inside and out, with pitch. Anyone who has ever been to hunting camp knows just how well pitch can burn. The Lord knew how devastated the planet would be, and via the Ark, provided Noah and his family with all of the needed materials to have shelter and to stay warm.

Not too unlike how the Roman Empire was repurposed after it’s fall, the Ark too was also very likely repurposed once it’s initial usefulness was completed. Even if the Ark wasn’t repurposed, which quite possibly it was, just how long do you think the Ark timbers would have lasted? 1,000 years? 4,000 years? Short of being buried in an English bog, how long does wooden objects last these days?

When we discuss things like Noah’s Ark for instance, it might be a wise thing to consider all of the other very relevant variables that might come into play … things like plate tectonics/continental drift, volcanism, weather/climate change, and other little inconvenient what-nots that are seemingly always left out because they’ll just get in the way of the narrative.

Noah’s Ark I’m afraid, has gone the way of the Ark of the Covenant, and the Holy Grail, because you see … We’re not real sure that the Lord is really into preserving the things that were made by the hands of men. I’m pretty sure that God would much rather have us worshiping Him instead of some piece of old rotten wood that was found on some obscure mountain top somewhere.

Religion is an organized collection of beliefs