Great Falls is, in my opinion, a great place to raise kids. Outdoor activities along with a great school system are just a few of the many redeeming qualities of the area.

The surrounding communities are smaller and somewhat a bit more unknown by the many who might travel through Great Falls, and they are no less interesting than Great Falls itself.

It’s these smaller surrounding communities that help influence the city of Great Falls, and the Fairfield Bench does it’s own fair share with regard to that influence.

Recently, over the past few months, I’ve had the opportunity to work up on the Fairfield Bench. The Fairfield Bench is an area that’s not real known. It’s situated between Power and Fairfield, and extends from the Freezeout Lake area in the north, to the Ashuelot – Sun River area to the south. Depending on which direction you happen to be pointing on any given day on the Fairfield Bench, your wireless phone will give you a temperature reading from any one of 3 different locations — Fort Shaw, Power, or Fairfield (whichever cell phone tower your phone connects with first). 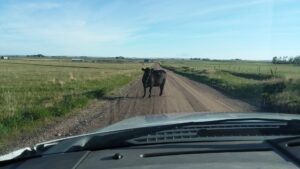 Though life on the Fairfield Bench might appear to be non-existent as you drive the area, it’s actually quite a bit of a hub of activity. Fairfield is the self-proclaimed “Malting Barley Capital of the World” with 83,000 acres of irrigated cropland and 56,000 acres of non-irrigated cropland in production for the purpose of raising malt barley in the vicinity. There are also multiple cattle ranches/farms dotted throughout the area as well. As you drive north from the bottom of the Fairfield Bench to the north you’ll find yourself in what once was Cascade County, turning into Teton County. The only real county marker up on the Fairfield Bench is County Line Road, but be careful, you might miss the signage as you ramble along between the cow farms and the vast expanse of grasslands.

Once in a while there can be quite a bit of excitement as an errant cow is gathered back to it’s pasture along the road, holding up traffic, for all of like maybe 2 minutes. 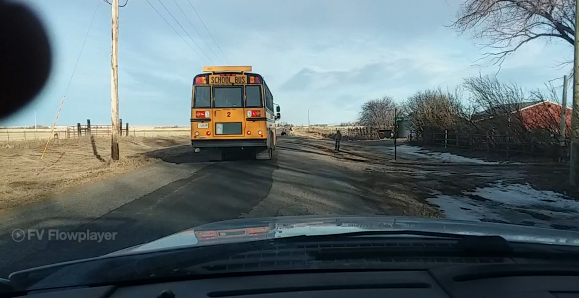 Otherwise the Fairfield Bench is a calm, albeit a rather busy place, where everyone just instinctively knows where to go and what to do.