Meet Alan Wittman and Andrew Masters – the guys who refused to grow up but got rich anyway. They’ve made a killing out of marketing a one-of-a-kind spray called ‘Liquid Ass’, which makes anything smell as bad as it sounds! 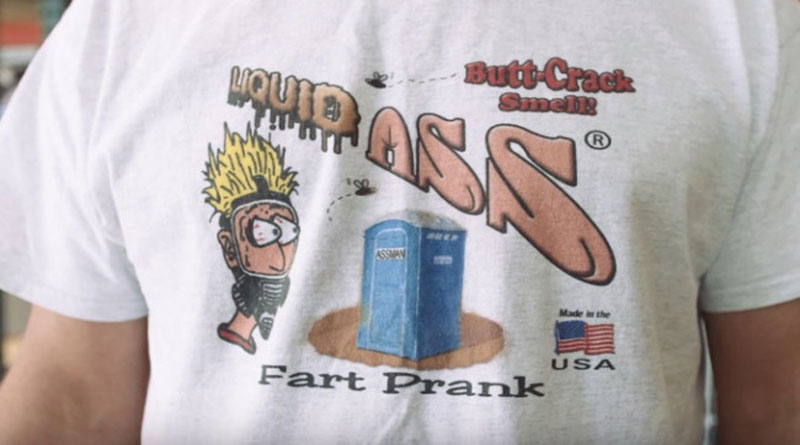 The product was born several years ago when Wittman was in high school – his parents had gifted him a chemistry kit and he used the ingredients to invent a smell that had a whiff of “butt crack, kind of sewer smell, with a little hint of dead animal in there.” He used it to play a prank on an English teacher he wasn’t very fond of, and that’s when he realized that what he had on his hands was a real weapon.

But the concoction wasn’t useful to him until about 10 years ago, when he was about to get fired from a truck manufacturing company. Things got pretty bad between him and the management, so along with his friend Masters, he decided it was time to bring out his trusty old weapon again.

Wittman and Masters spilled some Liquid Ass near the microwave in the office break room and then let the scent work its magic. It stunk up the whole place and the engineers had no clue where the stench was coming from. They fixed the water main, replaced the microwave, pulled up the carpet, and even closed off the bathrooms, but nothing worked. Naturally, the duo didn’t work at the company much longer, but they already knew what they were going to do – make sure Liquid Ass was accessible to everyone who needed it.

Despite having their own financial commitments, Wittman and Masters each pooled in $18,000 towards production and marketing. Their families, understandably, thought they were crazy. Wittman’s wife was dead against the idea and Masters’ family thought he’d lost his mind. But they stuck to their belief in the product and two years later, their instincts proved right – Liquid Ass became a huge success.