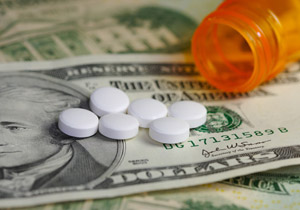 Drug giant Pfizer’s record $2.3 billion fraud settlement with the government over its marketing of the pain medication Bextra should serve as a clue to everyone that all is not well with the pharmaceutical industry, which all too often puts profits above health.

For example, we are all inundated with those “ask-your-doctor-about” this or that drug TV commercials. You know, the ones that show a beautiful woman leaping through a field of flowers while the announcer drones on about potentially dangerous side effects.

Slick Advertising Gets the Go-Ahead

After passage of the FDA Modernization Act of 1997, however, drug companies were given greater freedom to advertise on television, as long as such ads are not misleading, and as long as the “major side effects” are mentioned during the ads. The idea is that consumers will become better informed about available drugs and will then bring the drugs to the attention of their doctors who may not have heard of the benefits such drugs can provide.

Yeah, right. A large drug company, like Pfizer, simply wants us to be better informed about the benefits of a Lipitor prescription so we can ask our ill-informed doctor about it. That’s why these companies sink millions into such advertising campaigns. (Given the incentives doctors receive from drug companies to prescribe their particular drugs, such encouragement is wholly unnecessary, but that’s a topic for another day!)

In its 2009 SEC filings, Pfizer (the largest U.S. drug company, soon to become even larger, after it merges later that year with Wyeth, another giant), states that among its biggest sellers are:

One of the biggest problems with this direct-to-consumer advertising is that it helps drive demand and costs upward by convincing more patients to “talk to their doctor,” thus presumably encouraging a doctor who is not currently prescribing the drug to start doing so. The real purpose of such advertising is not so much to inform the public as it is to drive choice, “typically in the direction of expensive brand-name drugs.”

Until all of this advertising started, who knew that high cholesterol was such a rampant medical condition in the U.S.? Who knew that so many middle-aged men were suffering from erectile dysfunction, and so many women suffering from active bladder syndrome? Now we have new drugs for “restless leg syndrome,” a condition many doctors believe is mostly over-diagnosed, driven by the media blitz (See: “How the Media Helps Make People Sick”).

All of these advertising costs help drive the cost of medicines sky high. Drug companies spend about 13% of their revenue on new research and development, seeking new drugs to help us all. Meanwhile, these same companies spend almost twice as much (25%) advertising their current product line.

That may also explain why, of the 78 new drugs approved by the FDA in 2002, only 17 of them had new active ingredients, and only 7 of them were classified as “improvements over older drugs.” Most newly approved drugs are simply repackaged existing drugs, seeking to remain competitive in a crowded field and hoping to retain exclusivity and thus stem the tide of cheaper generic drug substitutes.

For example, when the “exclusivity” privilege held by the anti-depressant Prozac ran out (opening the door to any generic equivalent manufactured by anyone), Eli Lilly changed the color of the pill casing, renamed it Sarafem, and added PMDD (premenstrual dysphoric disorder, a rare condition) as a prescribed use. Result? The company was able to transfer the rights to its “new” drug to another company for $295 million.

Let’s take a look at a relatively new drug, Chantix. Chances are if you’ve been watching prime time television lately, you’ve noticed the new commercials for this “stop smoking” drug manufactured by Pfizer. Chantix was approved by the FDA on a fast track process in 2006. In the TV commercial, we watch a satisfied customer smiling at the camera while the background announcer is telling us that among the potential side effects are:

In 2008, the FAA banned the use of Chantix by airline pilots and air traffic controllers, based on concerns over psychiatric side effects. Despite all of this, sales of Chantix have already reached almost $1 billion.

Perhaps in a profit-driven industry, we can expect no less from private companies answerable to shareholders. It certainly pays off. Last year, Pfizer showed an $8 billion profit, and paid its CEO Jeffrey Kindler $13 million in compensation and benefits. The other major pharmaceutical companies also made healthy profits in an otherwise troubled economy (Abbot Labs – $3.3 billion; Merck – $3.3 billion; Wyeth – $4.6 billion; Eli Lilly – $3 billion).

But maybe all those other countries have a good idea in leaving the question of prescription drug needs in the hands of the doctors who know their patients best. And doctors, too, need to do their part in urging patients to change their life styles rather than just prescribing the latest cholesterol-lowering drug.

Drugs are not widgets. Whether particular prescription drugs are called for is a matter of both public interest and the private doctor/patient relationship. The issue should not be one for Madison Avenue.