Milk has always been something we’ve bestowed our blind faith in. And whenever we pick up a carton from the grocery store, we almost always assume we’re getting the wholesome goodness that has been promised to us by the label. But this is all about to change as the International Dairy Foods Association (IDFA) and the National Milk Producers Federation (NMPF) are lobbying towards changing the milk labeling laws.

The IDFA and NMPF have recently filed a petition to change the labeling laws in such a way that milk would be able to contain artificial sweeteners like aspartame and not be liable to print it on the package. Soon, unsuspecting milk enthusiasts all over the country will unwittingly be ingesting chemicals that can cause potential damage.

While the move sounds strange to anyone with half a brain, the milk industry apparently has a reason for making this move. In a statement, an industry representative said that the change would, “promote more healthful eating practices and reduce childhood obesity by providing for lower-calorie flavored milk products.”

According to them, children are so averse to consuming natural products that benefit them that they constantly need to be duped into having it. Further, they stated that sweetening the milk — whether naturally or artificially through aspartame — can get children more attracted to its taste and increase the chances of them consuming and relishing it.

According to the Federal Register, “The proposed amendments would assist in meeting several initiatives aimed at improving the nutrition and health profile of food served in the nation’s schools. Those initiatives include state-level programs designed to limit the quantity of sugar served to children during the school day.”

Although aspartame is still widely used in diet beverages and food, it is still rife with negative health implications that few are aware of. Research shows that aspartame consumption can lead to digestive problems, dizziness, obesity, and many more serious conditions like Parkinson’s, Alzheimer’s and even cancer.

The new labeling laws will certainly make it hard for people to make an informed choice when they’re looking for the item they want and it will create a great deal of confusion among consumers. Nutritional information is already extremely tedious to decipher, the new law will make things even worse.

The IDFA and NMPF have stated, “consumers can more easily identify the overall nutritional value of milk products that are flavored with non-nutritive sweeteners if the labels do not include such claims.” But it doesn’t change the fact that milk companies will be getting away with selling us mild poison masquerading as a healthy product. 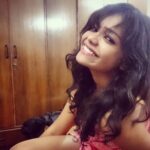 A feminist, a superhero geek, and an amateur musician, who spontaneously melts at the sight of puppies and kittens. Her superpowers include making food instantly disappear and being a human pun generator.