Great Falls has a wide variety of different Christian churches that represent the different faiths of it citizens. If you become disillusioned with one church, you can just pick some other church to go to. It is America after all and choice is a freedom we all seem to enjoy.

While on the subject of choice I can’t help but come away with the notion that choice can trip up the every day Christian in so many ways. Can you choose to follow Christ? Of course you can. But since when does following Christ involve a money back guarantee on your Nutri System diet, or involve bemoaning constantly the government run amuck? Where’s the good news of the Gospel in all of this? 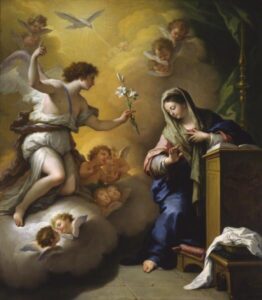 Feeling all warm and fuzzy I suppose is a good thing. We’ve made the right investment choices for our future, we’re thin and fit, and we all hate the government — Yes, we’re all ready for the archangel to blow his trumpet on the final day knowing that we’ve made all of the right choices with regard to our physical worldly life. We’re all ready for heaven and we’re all quite confident that Christ would surely be proud of us for all of our wise “choices”.

Christian radio in Great Falls is really rather disappointing in that it has devolved into some sort of quasi commercial political genre that seems to be using the bible for profit and fear mongering.

So the government is fairly worthless. Since when have true Christians ever lived under a non-oppressive government? Any Christian worth his or her salt already knows about governments. They don’t have to be told by a political pundant about how bad the government might be. The Bible already spells out the parts about the government well enough if one were to take the time out of their day to actually read it.

World governments are assigned by God for His glory. Governments are what they are, right, wrong, or otherwise, we all need to have faith and trust that the Lord knows exactly what He’s doing, even though it might not appear to us at the time that any of this makes sense. Why would we ever question the glory of God? Why would we ever reject the things that God has ordained? Didn’t Christ instruct us to “Render to Caesar that which is Caesar’s”? But yet here we are, listening to Christian radio actively railing against that which God has ordained.

As far as weight loss is concerned. Do you really think that “man” can accomplish health better than Christ could? Living by faith might involve actually trusting Christ to do the right thing when it comes down to your health. It’s actually all right to wait on the Lord you know. Even in spite of the fact that these bodies of ours will fade away, Christ still want’s us to be happy and healthy while we’re here. If one were to live by the Word and by Faith, one wouldn’t be finding his or herself running off to Nutri-Systems in the first place, because he or she would already be doing the right thing according to Christ.

Being told what to eat, what to wear, and how to pray by the mandates of men is a total non-starter, and may, in the end, prevent one from ever experiencing the glory of the Lord on the last day. The mandates of men are totally worthless. If you were ever curious to know what Christ thought of religious institutions, all you have to do is read His opinion’s on the Pharisee’s. Not too unlike when Christ walked the earth, the religious institutions are of our day are full of hypocritically self-righteous persons. God is no respecter of persons, so it only stands to good reason that God is no respecter of man made institutions either.

Doubt and fear are things of the world. Christian radio these days has more to do with the riches of the world than it does with the riches of heaven me thinks. A suggested donation is all fine and well and all, but the message without the faith does absolutely nothing — Christian radio depends more on it’s donors than it does the faith that might be required to assist with the over all costs (Christian radio has more faith in it’s donors than it does in Christ to help in footing the bill). One shouldn’t ever have to “ask” for money. The message should be as pure as the Spirit itself, and it’s through the Spirit that prompts true believers to assist in supporting and propagating that message.

When the message becomes so confusing and convoluted that one finds his or herself having to ask for money, then it might be time to bag it all and go off to do something else.

Teaching is a huge responsibility —

“My brethren, let not many of you become teachers, knowing that we shall receive a stricter judgment” (James 3:1).

The message should never be a forced issue. There is no “hurry it the hell up” when it comes to the Spirit. Christ walks us through our own short comings as we go — It’s a process that each of us can only experience on a personal level. No two people are in exactly the same spot on any given day. Recognizing the things of the world is one of the first things Christ helps with. In order to know Christ, you have to know the world (Christ always gives you both sides of the story, and He keeps you well informed on both).

It’s unfortunate that Christian radio in Great Falls is the way it is. It’s unfortunate that there might be the many out there that truly want to know the truth but instead are bombarded by Nutri System commercials and a never ending barrage of lets all gang up and hate on the government. The purity of the message is lost on all of the worldly opinions of those who might be desiring to teach, but can’t quite get it done due to succumbing to the world and all of it’s distractions (like money for instance).